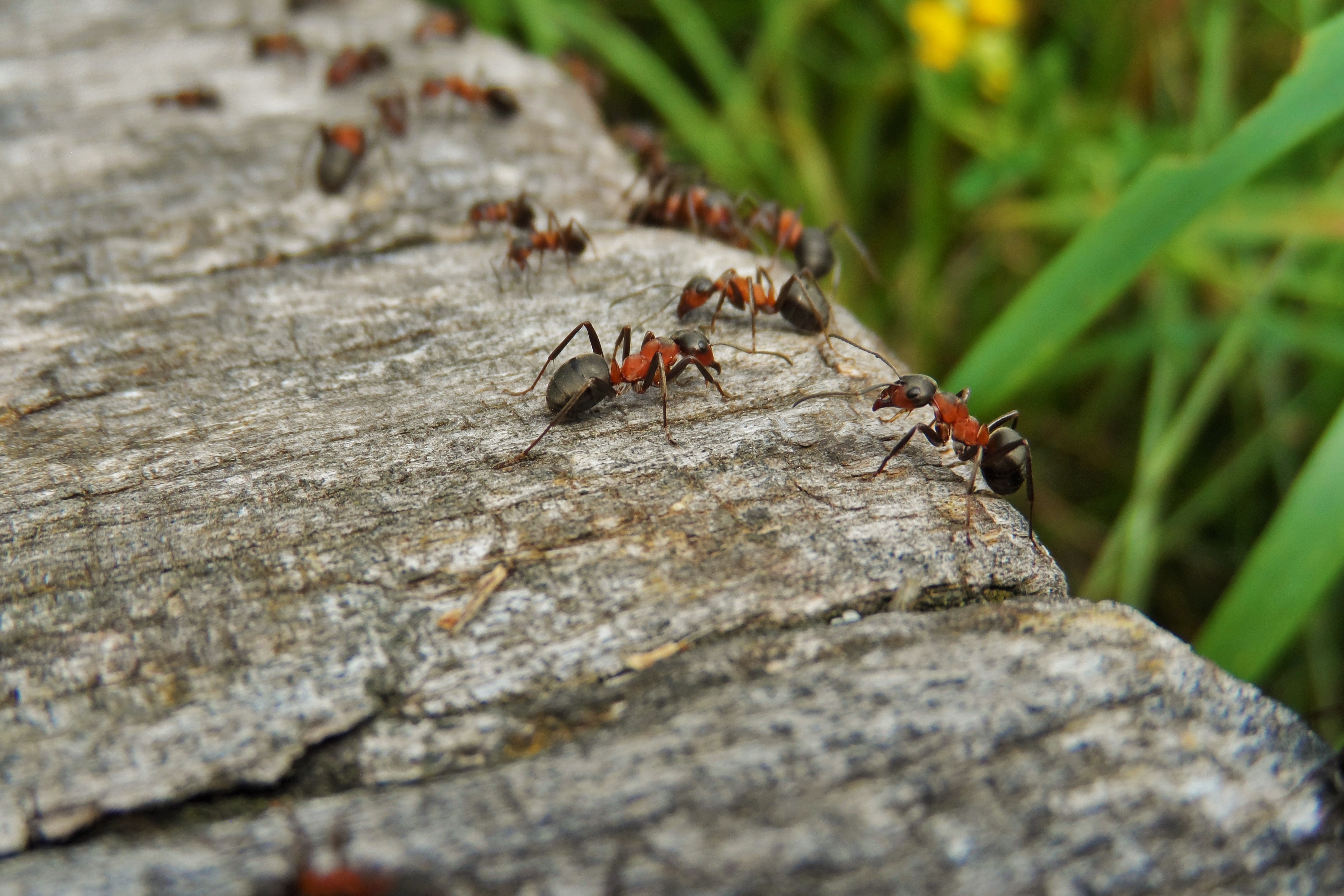 “Ant colonies bring together hundreds of thousands of individuals in a small space. As in human cities, this proximity entails risks of insalubrity and favors epidemics. […] However, according to a study published in the journal Ecology and Evolution, ants have another tactic to avoid bacterial or fungal infections: by mixing different substances, they would make some form of antibiotic. "

“Many insects are armed with venom, which they can inject into their enemies through a stinger. The African ant, Crematogaster striatula is no exception, but its arsenal has a disturbing variation, its venom is airborne. The ant can lift its sting and release its toxins like an aerosol. Its targets are termites, whose nests they invade. Even without making contact, ants can cause termites to convulse, which eventually becomes paralyzed. "

Through the next activities, students will learn more about these intriguing insects that are ants.

- Discover the characteristics of ants;
- Know some of the unusual facts about ants;
- Know the scientific capacities of certain ants.

First, ask students what they know about the separation of responsibilities within an anthill. Have they ever heard of the queen, the workers, the soldiers?

Next, ask students if they know of any animals that are able to kill their opponents without touching them. Why do animals need to do this?
Then invite the students to read This article and discuss the following:

Ants are part of the insect species, do we really know the characteristics of this species?

With the article " Ant From Wikipedia, ask students to complete next activity, allowing them to discover different characteristics of ants.

ACTIVITY 3: Do we know the ants?

Ants are one of those insects we see everywhere, but do we really know them?

The article " 20 things you probably didn't know about ants »Allows you to discover unusual facts about this species. As a group, discuss these facts with the students to see what they think.

- Some ants could live more than 20 years.
- Ants are part of the diet of many millions of people.
- An ant weighs 15 mg.
- A species of ant is used to make stitches.

Students can explore the game Antizzz to learn how to manage an anthill.
NB This game requires Flash.

Ants: the secrets of the anthill
Futura-Sciences - File

DOC'JUNIOR - On the trail of ants ... formidable insects
Science and Industry museum

Cooperation, according to the ant
Radio-Canada.ca, June 21, 2011

The ant "speaks" from the nymph stage
Radio-Canada.ca, February 8, 2013

The ants of Quebec
Entomofauna of Quebec