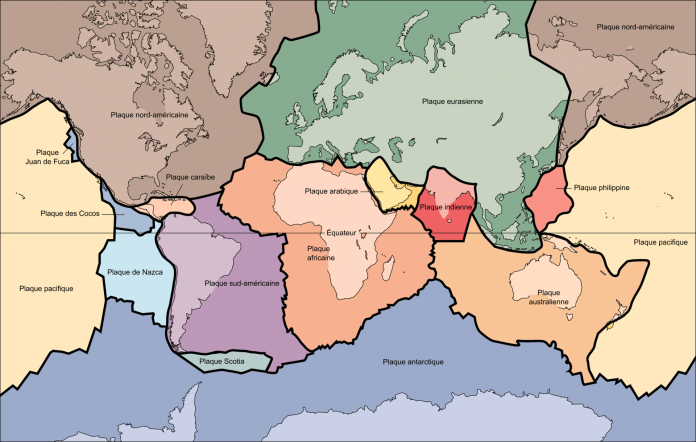 Geologists report having discovered an eighth continent. Let's take a closer look at how this division of continents allows these geologists to make this claim.

“We would have 'discovered' an eighth continent, after the two Americas, Africa, Antarctica, Europe, Asia and Oceania. It would be, in fact, New Zealand, which would be the last vestige of a continent now submerged. "

“In an article published in the Geological Society of America's scientific journal, researchers present 'Zealandia' as a continent, of which 94% of the surface lies under the Pacific Ocean. The three major territories that emerge from the water are the North and South Islands of New Zealand as well as New Caledonia. "

The activities in this guide will familiarize students with different continents, major tectonic plates, and New Zealand and its surroundings.

- Observe New Zealand on an interactive world map;
- Compare the different groupings of countries to determine the number of continents;
- Explain the particular characteristics of the continents of the planet;
- Describe the facts allowing geologists to confirm the presence of an 8th continent;
- Look for sources of scientific information related to the number of continents;
- Create an interactive map on the main terrestrial tectonic plates;
- Know the factors of a territory to consider it as a continent.

Start this educational guide by locating New Zealand on a menu of the world. Point out the neighboring continents as well as nearby countries.

Continue this activity by presenting this short video recounting the discovery of scientists to the effect that an eighth continent has been discovered.

Distribute this listening grid to have students write down their new discoveries.

Begin this activity by asking students if they can name continents. Many sources information asserts different things about the exact number of continents according to their interpretation and definition of a continent.

Display this item in order to present the exact location of Zealandia and more particularly the section concerning the 4 factors used to identify a continent:

Organize a discussion with the students in the class to help them find different sources of information explaining the discrepancies as to the exact number of continents.

Ask the students to find 3 different sources of information in order to corroborate the data collected. Provide them this working outline so that they can keep track of their sources and the information collected.

Begin this activity by explaining to the students that movement continents are direct effects of the displacement of tectonic plates.

Invite the students to learn more about the different terrestrial tectonic plates in order to get to know them better.

Have students create an interactive map with Thinglink  or with Learning Apps (placement on images) in order to locate the plates in addition to adding an element of information.

Have students make a graph to represent the global data on the current area and population of humans on different continents.

Another suggestion would be to organize a guided tour for tourists planning a stay in New Zealand. Use the different activities described on the official website tourism in order to vary the possibilities of travelers.

Zealandia: scientists reveal the existence of a new continent on Earth
MaxiSciences, February 16, 2017

The flight of the peregrine falcons

Feedback at the heart of an asynchronous course design