Home Languages French A new comic book of the adventures of Asterix has just been released! 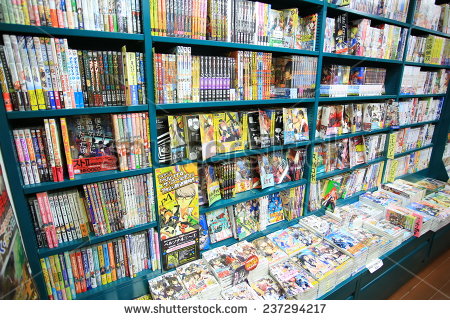 "The Albert-René editions printed 4.2 million copies of the new comic book of the famous Gallic warrior, including 2 million for France."

"With La Guerre des Gaules as another inspiration, perhaps one of the oldest and most famous propaganda tales, written by Caesar himself, we can guess that it will be a question of information and disinformation - but it seems that the famous Gallic village has only for the horoscope of the newspapers, read only by Rezowifix, another new character, the scholar of the band. "

- Understand the plot of Asterix's new album;
- Reflect on freedom of information and concepts concerning freedom of expression;
- Find out what the names of comic book characters refer to;
- Watch an Asterix film and note the anachronisms.

ACTIVITY 1: The Papyrus of Caesar

First, borrow Asterix comics from the library and display them in class. Ask the students if they have ever read any of these albums?

Tell students that the 36th album has just been released in bookstores. In order for them to discover the plot of this new comic, invite them to read the following Radio-Canada article.

Then ask the students the questions below. Do not hesitate to consult the Web or other tools to find information.

- What is a papyrus?
- Who is Julien Assange and what did he do?
- What does this excerpt refer to: "the birds are blue and throw" Twiit "?
- What is the name of the true account written by Caesar concerning his exploits of war and his conquests?

Invite students to think about freedom of information. What do they think it could be?
Is it the same as freedom of speech?

Have students make a list of all the concepts related to free speech. Here are some concepts they might name:

This activity will allow students to discover the universe of Asterix and Obelix by presenting them with different characters from the series.

Have students complete the following diagram. For each character, they must indicate what that name refers to. For example, Asterix refers to the typographic sign asterisk and also to the true Gallic leader Vercingétorix.

Watch in class one of the films starring Asterix and Obelix. You may want to have students write down any anachronisms they see during the viewing.

Many fans at the launch of the new Asterix
La Presse, October 22, 2015