The Quebec platform Mazaam uses classical music to contribute to the overall development of children from 4 to 6 years old. The application was designed based on work carried out by the Canada Research Chair in Music and Learning at Laval University. We spoke to a teacher who has been using it in the kindergarten class since September.

The Quebec platform Mazaam uses classical music to contribute to the overall development of children from 4 to 6 years old. The application was designed based on work carried out by the Canada Research Chair in Music and Learning at Laval University. We spoke to a teacher who has been using it in the kindergarten class since September.

“A few days before the start of the school year, I learned that I should be teaching music to kindergarten students. Having never taught at this level, I had no material on hand. Then, I remembered Mazaam that Jonathan Bolduc, professor at Laval University had told me about, ”says Jonathan Bédard, music teacher at École Madeleine-de-Verchères at the Center de services scolaire de Montréal (CSSDM). .

In fact, Jonathan Bolduc holds the Canada Research Chair in Music and Learning. He worked closely with François Mario Labbé, president of the Analekta record company, and violinist Angèle Dubeau, who came up with the idea of designing an application that would support the musical and overall development of preschool children. The educational method behind Mazaam is the result of years of scientific research carried out by Professor Bolduc's Chair.

For Jonathan Bédard, there is no doubt that the educational sheets and the playful universe of Mazaam Academy, the school version, make it possible to meet the majority of the objectives of the preschool program as regards the teaching of music. "I am currently seeing that my kindergarten students will be stronger when they arrive in 1st year next year that my students who are currently in 1st year, ”he says.

The universe of Mazaam is composed of 5 worlds, 15 learning games lasting 15 to 30 minutes and 5 musical notions (pitch, tempo, intensity, timbre and harmony). Activities, which get students moving and interacting with each other, can be experienced both online and offline. The musical selections integrated into the application are authentic recordings made by Canadian musicians. A version of the app is also available for home use.

According to the teacher, the material accompanying the platform is accessible to everyone. “It may happen that in kindergarten, it is the classroom teacher who also teaches music and not a specialist. The clarity of the material makes it easy to navigate ”.

For his part, he works in association with the holders of his small pupils. Indeed, they can come to his music class to observe social skills that are part of the evaluation of the new preschool program.

Beyond the musical awakening that it allows to concretize, the Mazaam application becomes a tool for the development of social and emotional skills in children. “Mazaam brings calm to the classroom and leads the students to concentrate,” testifies Jonathan Bédard. He also begins his classes with five minutes of yoga, which also allow you to work on breathing, posture and relaxation.

“With music, it is possible to develop skills such as listening, expressing feelings, communication, and patience too,” he adds. In its educational approach, the application also targets the cognitive functions (also called executive functions) of a child aged 4 to 6, namely working memory, inhibition and mental flexibility.

Researches have already shown that musical interactions influence children's social and emotional development and play a role in their acquisition of skills such as self-regulation, which in many ways is essential for the success of their future lives.

Launched in 2019, the Mazaam application has already received some international accolades. She comes among others to be selected like the best educational application of the year in music (Best for Music) by the American magazine PARENTS, for a second consecutive year. 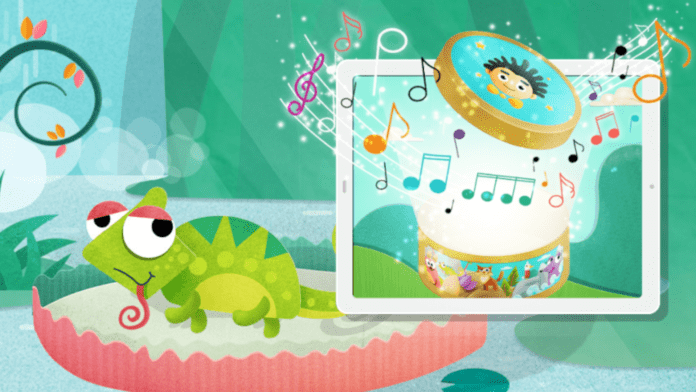 The news of Thot Cursus (September 2022)