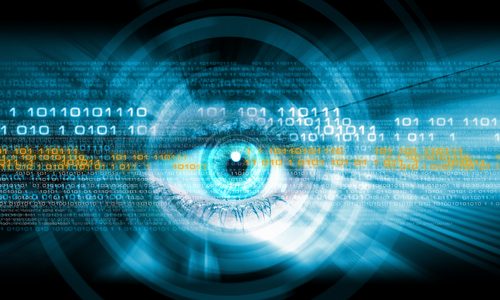 A major international survey released today by the Organization for Economic Co-operation and Development (OECD) shows that Canadians are increasingly embracing information and communications technologies (ICTs) and that they are positioned for 21st century society and economy.

TORONTO, Oct. 8, 2013 / CNW / - A major international survey released today by the Organization for Economic Co-operation and Development (OECD) shows that Canadians are increasingly embracing information technology and communications (ICT) and that it is well positioned for the society and economy of xxie century.

The Program for the International Assessment of Adult Skills (PIAAC) is the OECD's first-ever international survey of the skills required in today's world. PIAAC measures literacy, numeracy, and problem-solving skills in technological environments among adults aged 16 to 65 in 24 countries and subnational regions. In Canada, more than 27,000 people were interviewed, which enabled the collection of pan-Canadian as well as provincial and territorial data as well as the production of results on Aboriginal people living off reserve, immigrants and official language minorities. . PIAAC was funded in Canada by the provincial and territorial ministries responsible for education, meeting in the Council of Ministers of Education, Canada (CMEC), by Employment and Social Development Canada and by other partners. Statistics Canada was responsible for the conduct of the survey in Canada. In addition to the OECD report, a complementary pan-Canadian report is also released today.

"As technological advances accelerate, it is very encouraging to know that Canadians are embracing information and communications technology and that we are among the best at managing information and solving problems. in a digital environment, ”said Jeff Johnson, President of CMEC and Minister of Education for Alberta. “This is a clear advantage on the global stage, at a time when the high-tech environment is increasingly becoming an integral part of our daily lives. "

The results indicate that Canadians tend to have higher proficiency levels than the OECD average in the emerging area of "problem solving in technological environments". Canada, like only six other countries, ranks above the OECD average for the percentage of its population that can perform tasks that require the use of various applications to solve problems. multi-stage problems in computing environments. "It is gratifying to know that our education and training systems prepare Canadians to compete on the world stage," said the Minister.

In addition, the proportion of the population that was able to complete the computer-assisted assessment is greater in Canada than in most of the other countries in the survey: eight in 10 Canadian participants used a computer to complete the questionnaire. of PIAAC. Canada thus ranks among the leading peloton of participating countries.

Literacy and Numeracy in Canada

In literacy, Canada scores at the OECD average, as do other countries such as Korea, England / Northern Ireland and the Czech Republic, ahead of Germany, Denmark and the States -United. “I am very happy with our literacy results,” said Johnson. “But we can always do better. "

Canada achieves this skill level despite having one of the most heterogeneous populations in the survey. Among the 24 participating countries, Canada ranks second in terms of the proportion of its population that is made up of immigrants and ranks first in terms of the proportion of its population whose mother tongue is different from official languages of the assessment. Although there is a gap in literacy scores between Canada's immigrant and non-immigrant population, this gap is lower than the OECD average, and immigrants to Canada had scores above the average for Canada. 'OECD. In fact, Canada is one of the few countries with a proportionately larger than average immigrant population and above average skill levels.

In numeracy, Canada's average score is slightly below the OECD average, a situation that may lead policymakers to target this area.

“While Canada is performing well in the crucial emerging area of digital skills, we need to keep in mind that literacy and numeracy are essential skills that are just as important to the knowledge economy,” he said. reported Mr Johnson. “Canada's numeracy scores are particularly catching the attention of ministers of education. At the recent CMEC meeting in July, we looked at the issue of teaching and learning mathematics. In the coming months, ministers will continue their efforts across the country to improve numeracy and literacy in provincial and territorial education and training systems. "

The link between education and skills

The PIAAC results suggest a strong and positive correlation between educational attainment and skill level in the majority of participating countries, including Canada. In this regard, it should be noted in particular that holders of a university degree recorded higher scores in each of the three fields. The skill levels of Canadians with a bachelor's degree or above are comparable to those of many of their counterparts in other OECD countries.

Preliminary results on Aboriginal people in Canada living off reserve also highlight the importance of education. Although in general, Indigenous people in Canada score lower in literacy, numeracy or problem solving in technological environments than non-Indigenous people, initial analysis indicates that the gap is very small between Canadian women and men. Aboriginal and non-Aboriginal Canadians who have achieved the same level of education. Continuing efforts to ensure that Aboriginal people have access to and participate in education would therefore be the key to closing the skills gap.

The survey shows that the proficiency levels of Canadians in literacy, numeracy and problem solving in technological environments translate into an advantage for Canada's labor force and economy. For example, the proportion of the Canadian workforce with higher levels of problem solving skills in technological environments is higher than the OECD average. At the same time, Canadians with higher literacy skills are more likely than the OECD average to be employed.

While many of the benefits associated with high skill levels are economic, the OECD survey also highlights some other benefits. Indeed, people who have high proficiency levels in literacy and numeracy are more likely to be healthier, to be more confident and to play a greater role as citizens.

PIAAC is expected to grow by 2014 with 35 countries participating; the reports published today therefore only take a first look at the important source of data collected by this program. The OECD and PIAAC partners in Canada will analyze data from this survey and publish other reports to inform government policies and provide the public with more information on skills.

The Ministers of Education thank the more than 27,000 Canadians who participated in PIAAC.

Founded in 1967, CMEC gives Canada's ministers of education a collective voice and enables them to assume their educational leadership at the pan-Canadian and international levels. The organization helps provinces and territories exercise their exclusive jurisdiction over education. For more information, visit our website at www.cmec.ca.