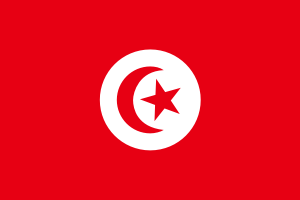 “At least 21 people died after the attack on the Bardo Museum in Tunis, according to a latest report Thursday, March 19. The Elysee Palace confirmed the death of two French people on Wednesday evening, adding that seven other nationals were among the injured, one of whom was “in serious condition ”. An operation by the Tunisian security forces is underway to search for possible accomplices of the two assailants killed in the assault by the security forces. "

“For the Tunisian president, there is no doubt: those responsible for the attack which killed 22 people at the Bardo museum on Wednesday in Tunis are the Islamist jihadists. President Béji Caïd Essebsi pledges to fight terrorism “without mercy.” "

Here are some activities to allow students to learn a little more about the events and understand the reality of the city of Tunis.

- Know the geographical and human characteristics of the city of Tunis;
- Understand the reasons behind terrorist acts;
- Compare recent terrorist actions;
- Use mapping software to locate events.

First, ask the students what they know about the attack.

- Where did this happen?
- Who is responsible for this gesture?
- Who are the victims of this act?
Then after viewing this reportage, ask students for their impressions.
- How do they feel about these images?
- Is the information reliable? Why?

The economic and political capital of Tunisia, Tunis developed in the 4th BC It was at the heart of multiple wars - from the Punic wars (between the Romans and the Carthaginians) to the Second World War, not to mention the Crusades - even before the country's independence in 1956.

First, ask the students to complete this questionnaire about Tunis:

Finally, ask the students to locate the Bardo Museum on a city map, using the app. Scribblemaps, and identify the main attractions located nearby (National Assembly, Independence Avenue, Children's Hospital and the Faculty of Medicine of Tunis). The map should look like this one.

ACTIVITY 3: One act among many

The Tunis attack is part of a long series of events that have succeeded in terrorizing diverse populations over the past year.

As a team and using the software BathGeo, ask the pupils to locate the terrorist actions that have occurred over the past 12 months in European countries and the Maghreb countries. The pupils will have to identify the date, the place, the number of terrorists involved.
Students should have a card that looks like this.

What we know about the attack on the Bardo Museum
LeMonde.fr, March 19, 2015

Tunisia, victim of a bloody attack at the Bardo Museum which kills at least 21 including two French
HuffingtonPost.fr, March 18, 2015