Separate the false from the true

A geopolitical science teacher at Collège Beaubois carried out a project with his students to unmask false news. The program Les Décrypteurs also broadcast a report on this subject on March 6.

The Trump era, COVID, anti-mask propaganda, so-called conspiracies, all of which have marked the news recently. The opportunity was therefore perfect for Olivier Delaney, teacher of geopolitical sciences at Collège Beaubois, to unmask false news with his students.

“Véritex” is the name of the project which has occupied one of Mr. Delaney's classes for several weeks. Together, they read and watched various media, consulted platforms like Facebook, Instagram, Twitter and a bit of YouTube to understand the mechanics of fake news. They also observed the deceptive site FranceSoir, which takes up, with a hyphen near the old name of the famous French daily from the mid-twentieth century.

It is neither more nor less than a course in media literacy that the teacher has served his students. Highly participatory and receptive students. When asked whether their current outlook on the news has changed, students have eloquent answers.

"I knew fake news existed in the world, but I didn't know it had such a big influence."

“Even though I was always vigilant, I didn't know they were so spread. "

They were thus made aware of the fact that certain people or certain groups create fake news to create controversy and divide society, to make money or to become popular because of the attention that will be paid to them. . Some people spread fake news because they don't know how to verify it. “The goal of the project, explains Olivier Delaney, was not to prevent them from adhering to a theory, but to make them aware of fake news. "

Students also focused on COVID-19 vaccines, an area that touches both science and politics.

Students at Collège Beaubois also learned that there could be positive disinformation. For example, to tell people that it would be appropriate to get vaccinated, you could use bad statistics. The intention is undoubtedly laudable, but it uses erroneous sources. Hence the importance of checking other sources. Project participants notably consulted the New York Times and, closer to us, the program The Decryptors.

Mr. Delaney's class has worked well enough that the school's pedagogical advisor, Jacky Lepeintre, contacted the show so that some of its members, including Alexis De Lancer, come to class to meet the students. After his visit on February 10, the team was convinced of the seriousness of the approach of these young people. To the extent that state television made a topo on this project on March 6. 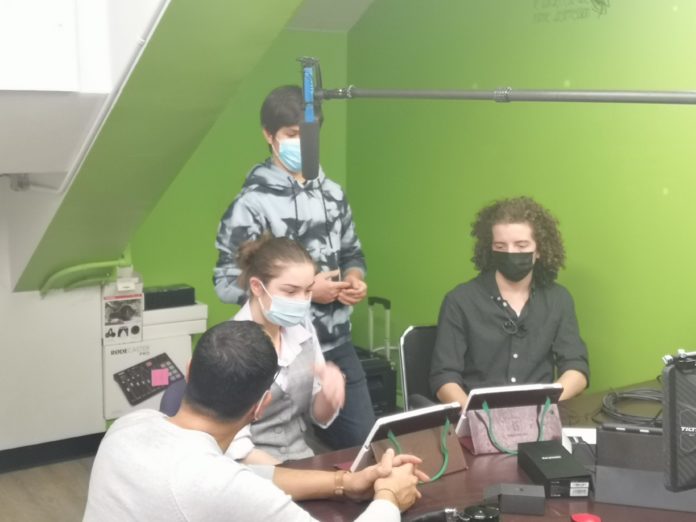