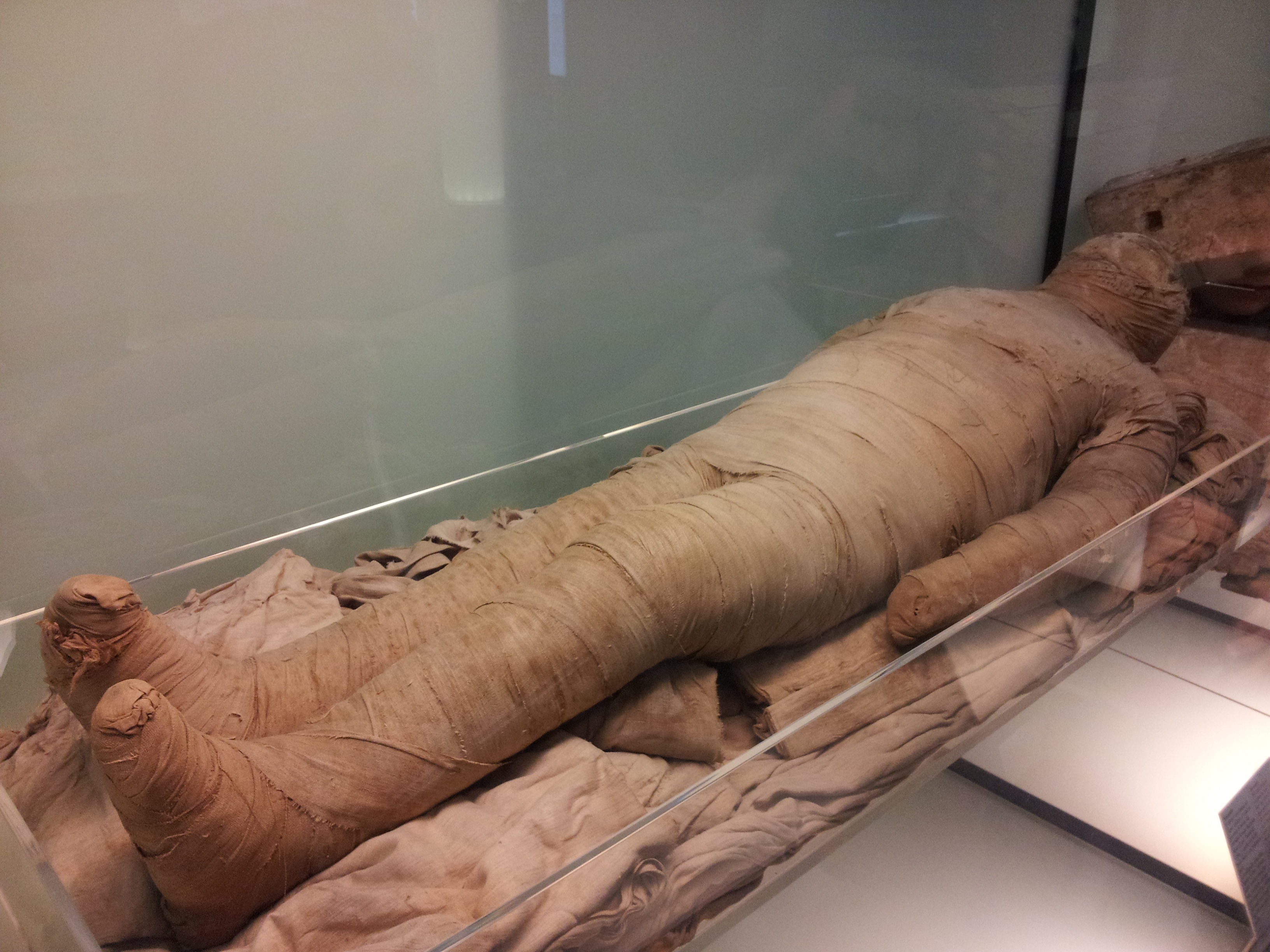 “The remains consist of a complete leg comprising a femur, patella and tibia, and another comprising only part of the femur and tibia. They underwent a thorough examination for the first time this year, including radiocarbon dating, chemical and genetic analyzes, and comparisons with other mummies. According to researchers, these two lower limbs are all that would remain of the mummy of Nefertari, the great royal wife of Pharaoh Ramses II. "

This educational guide will allow students to learn more about ancient Egypt.

- Understand the work of a team of scientists who identified the remains of a mummy;
- Discover the different stages of Egyptian mummification;
- Analyze a geographical map of ancient Egypt;
- Locate places where mummies are found in Egypt;
- Know that there are other types of mummies than those found in Egypt.

First, tell the students that mummified remains on display at the Egyptian Museum in Turin in Italy have just been formally identified. This is Queen Nefertari, favorite wife of the famous Ramses II (1250 BC).

Ask the students if they have any idea how the scientists were able to determine that it was this person. What could be the clues analyzed by scientists?

To find out, invite them to read this Radio-Canada article.

In this article, identify:

1. The means used to identify the mummified remains;
2. The specialists who make up the international group of scientists;
3. Why the remains of the Egyptian mummy are on display in Italy.

If you have an interactive digital whiteboard in the classroom, use the function Annotation allowing you to write directly in the article.

ACTIVITY 3: Egypt of the Pharaohs

First, can the students name places in Egypt? Can they tell where the treasures of ancient Egypt are mainly found?
In order to get to know ancient Egypt better, as a whole class observe this geographic map.

What information is missing on this map?

Draw the students' attention to the fact that there is no title or legend on this map.
As a whole class, locate the current capital of Egypt, that is, Cairo, and then try to determine what the yellow stars represent. Research an online encyclopedia such as Wikipedia to understand what Memphis and Thebes (these are ancient capitals) in particular have.

Finally, ask students where the mummified remains of Queen Nefertari were found (this is the Valley of the Queens). Locate this place using Google maps. If there is a Valley of Queens, is there a Valley of Kings? Now search for this term in Google maps.

Last November, an intact mummy was discovered in Egypt. While consulting this article from La Presse, challenge students to answer the following four questions: who, what, when, where?

Are there other types of mummy than those found in Egypt? As a whole class, identify other civilizations around the world that have resorted to mummification with this article from Wikipedia. Also study the phenomenon of natural mummification.