Parlements in elementary and secondary schools: student involvement rewarded at a gala

On May 31, at the Parliament Building, we rewarded students involved in the Parlements at the elementary and secondary levels, a citizenship education project sponsored by the Jean-Charles-Bonenfant Foundation.

On May 31, at the Parliament Building, we rewarded students involved in the Parlements at the elementary and secondary levels, a citizenship education project sponsored by the Jean-Charles-Bonenfant Foundation.

On this occasion, students from three primary schools and three secondary schools received an honorary plaque and a prize of 500 $. This activity aimed to honor the commitment of young people to the student council of their schools, we can read in the press release issued for this purpose.

“The Parlements at the elementary and secondary levels, through the establishment of student councils whose functioning is inspired by that of the National Assembly, encourage the participation of students in decisions affecting the life of their school. »Infobourg told you about it this year in the article The network of student councils in Quebec arouses enthusiasm.

Here are the names of the winning schools and the titles of the bills that were adopted by the student members of the student councils.

Elementary Parliaments
- Notre-Dame-du-Sacré-Cœur School (Gaspé): An Act to counter bullying and violence in schools
- Jean XXIII School (Saint-Wenceslas): An Act respecting the creation of a code of conduct for acceptable and desirable behavior in the schoolyard
- Ts8taïe School (Wendake): Law on the Establishment of a Committee of Five Family Clans

Parliaments at the secondary level
- Polyvalente Louis-Saint-Laurent (East Angus): An Act respecting the appointment of a citizen of the month
- École des Grandes-Marées (Saguenay): Vandalism Awareness Act
- Mont-de-La Salle School (Laval): Law against the deportation of Eduardo Reyes-Mendez, secondary 3 student, and his family

Congratulations to all the students who got involved in a school parliament this year! 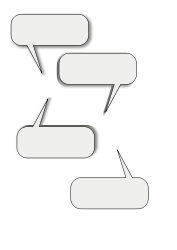 It's back to school for primary and secondary parliaments

The network of student councils in Quebec arouses enthusiasm

The students of the Gentilly school receive the Minister St-Pierre