The training text collections have been enhanced with new sections on the French or English language, depending on the school's subscription. These texts, inspired by the language guides contained in the writing software AntidoteThese activities allow students to reinforce their typing skills while reviewing French concepts in an entertaining way.

A new category has been added to the collection of collectible badges: limited edition badges. These are the only badges that can only be obtained during a specific period, linked to a particular event. The very first Tap'Touche limited edition badge, Back to school 2022The Challenge is available starting today, and can only be taken until September 15. The appearance - and disappearance - of such challenges is intended to keep students' interest alive throughout the year.

In addition, it is now possible to lock the training texts as well as the development activities. With the game blocking that was already in place, access to the three parts of the Progress can be managed independently. This allows students' attention to be focused on activities identified by the teacher.

In the wake of the complete replacement of its server system last year, a complete overhaul of Tap'Touche's computer code was undertaken. It is already bearing fruit, even if its impacts are sometimes imperceptible to users. For example, smart new security measures have been put in place to better protect personal data, and the algorithm that creates the content for the development activities and the game Apes in danger now better avoids accidental formation of inappropriate words in a learning context. More than 20 deployments have taken place without a single interruption in service.

Schools that subscribe to Tap'Touche can now take advantage of these new products, which have just been launched worldwide. Several of them are also included in the personal and family editions of Tap'Touche.

Druide informatique produces and markets Antidote, a software program to help with writing in French and English, as well as Tap'Touche, a software program for learning how to type. It also created the WebElixir service, which monitors the quality of websites. In addition to these applications, its sales team distributes the books of Éditions Druide, a subsidiary whose mission is to publish literature and reference works. 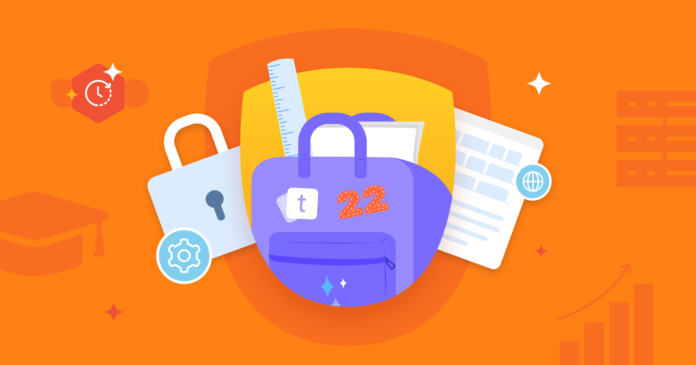 Launch of Entrepreneurs' Week at school

Climate Change and Me: A series of 10 educational vignettes for ages 5 to 12

The news of Thot Cursus (September 2022)