We hear a lot about the gamification of learning and serious games. However, there is an important difference between these concepts.

In recent years, we have heard a lot about gamification of learning and serious games. However, there is an important difference between these concepts. An expert explains.

In order to disentangle the game, the serious game and the gamification, I recently spoke with Richard Landers, professor of psychology at the American University Old Dominion and researcher specializing in the field of learning and gamification.

École branchée: We often hear the term "gamification". Can you tell us what it is concretely in a school context?

Richard Landers: When a teacher "gamifies" his teaching, it means that he is using elements from the realm of games and entertainment and applying them to teach learning. Gamification can be achieved to varying degrees. For example, it may just be about using competition and ranking, or it may be more complex and rely on character creation or development. skill trees.

École branchée: You might think that gamification of teaching is simply asking students to play games. What are the specific characteristics of gamification in an educational context?

Richard Landers: I would say that just using games in a classroom is not gamification. In this case, the teacher is simply using a game as a teaching aid, as he would use a blackboard and chalk. The game has been used for learning for millennia. For example, sports have long been used as games for playing in war. Gamification, on the other hand, involves taking elements of the game and applying them outside the context of the game. You can play a game, but you don't play gamification.

École branchée: What are the concepts and theories that can explain that gamification has positive effects on learning, motivation or perseverance?

Richard Landers: It depends on the types and degrees of gamification. Some types of gamification don't seem to be effective at all. For example, simply awarding points to students for completing tasks does not lead to improvement. There has been recent interest in gamification and scientific research remains to be done, but there are some promising forms of gamification application. One of them is the fiction, storytelling and storytelling. Adding an element of fiction to a learning activity is an interesting way to gamify just about anything. This is an effective way, not least because humans tend to pay more attention to stories than facts and to better understand their meaning. For example, telling a student the story of an explorer who crossed the ocean and discovered America is more likely to be remembered than teaching the style "Leif Erikson is believed to have been the first. European to disembark in eastern America, in such and such a year ”.

École branchée: As a psychology professor and researcher, you recently studied the links between gamification and serious games. Are serious games synonymous with gamification? Otherwise, what's the difference?

Richard Landers : As mentioned earlier, there are differences between these concepts. Serious games, which are learning games, have been used for millennia. A serious game doesn't have to be computerized. For example, the famous game John says would have been used for centuries to have children memorize items. There is currently a surge of interest in gamification, but the use of games as an educational tool is really nothing new. Gamification is about deconstructing games, analyzing them and finding out why they are interesting and motivating. Is it because of the competition? Is it attributable to human interaction? Is it due to fiction? Once these elements have been found, they are transposed into another context, that of learning. This is what constitutes the novelty between gamification and serious games.

Trendy school: What can a teacher do who wants to know the basics of gamification?

Richard Landers : Before reading about gamification, a relevant and simpler starting point is to look at the potential of games beyond entertainment. I would recommend to watch the video by famous video game designer Jane McGongial. The video is in English, but may have French subtitles. Those who want to go further and are comfortable with reading in English can also read one of my articles on gamification and serious games. 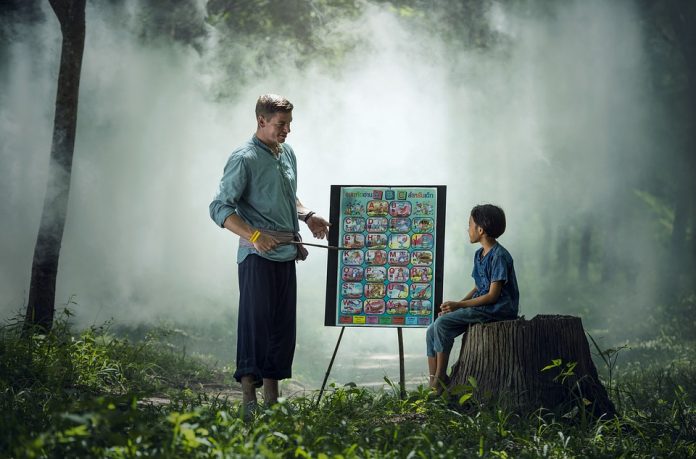