You are often told that digital technologies are evolving at a breakneck pace. Here are some indications taken from the 2020 TMT Predictions.

Toronto, December 12, 2019 - As part of the 19th edition of its Technology, Media and Telecommunications (TMT) Predictions, Deloitte predicts that more than 750 million advanced artificial intelligence (AI) chips will be sold in 2020 , more than double the number sold in 2017, and that these sales will represent 2.6 billion US dollars. The next generation of cutting-edge AI chips bring AI directly into devices, be it a smartphone, robot or sensor, making it possible to perform or accelerate machine learning tasks without having to an internet connection is required.

"We anticipate that sales of advanced AI chips will continue to grow at about twice the rate of the overall chip industry over the next several years," said Duncan Stewart, research director, Technologies, Media. and telecommunications at Deloitte Canada. We anticipate that at least 1.5 billion units will be sold by 2024, and that number could be much higher. "

Private 5G networks are a game-changer for businesses

Deloitte predicts that more than 100 companies globally will begin testing the deployment of private 5G networks by the end of 2020. The technology is in its infancy and spending will only rise at this time. to a few hundred million dollars, but by 2024, the value of cellular mobile equipment and services for private networks will reach tens of billions of US dollars per year.

With the likelihood that hundreds of thousands of companies will deploy private 5G cellular networks over the next decade, and with the introduction of capabilities that will be critical in an industrial environment (manufacturing plants, logistics centers, port facilities, etc. .), this technology could redefine the way companies do business.

"Private 5G networks could be the most disruptive mobile technology to date, providing businesses around the world with unprecedented opportunities for growth and productivity gains," said Anders McKenzie, Managing Partner of Technology, Media and Telecommunications at Deloitte Canada. As has been the case with private wired networks in the past, private 5G networks are likely to be more secure, cheaper, and offer new features. Therefore, history is likely to view 5G not only as a technological marvel, but also as a technology that changed the way the industry does business. "

Aerial television will flourish in 2020. Deloitte predicts that at least
1.6 billion people around the world, or around 450 million households, will watch at least some of their television broadcasts through an antenna. Eight percent of Canadians will watch at least some over-the-air television, which is widely available, convenient and free in urban areas, although often they will also use video-on-demand services like Netflix as a supplement.

In fact, the over-the-air TV service will support the growth of the TV advertising industry, although TV viewing minutes are expected to decline by 5 % in 2020 in the United States, with similar trends in Canada and other countries. This growth is expected, because television commercials do not experience the same decrease as advertisements in some other traditional media. Deloitte predicts that global TV advertising revenue will grow in dollars (but not as a proportion of the total advertising market) by more than US $ 4 billion in 2020 and reach US $ 185 billion in 2021.

Deloitte's Annual TMT Predictions provide an overview of key trends in the global technology, media and telecommunications industry. They are supported by global research including in-depth interviews with clients, industry analysts, global industry leaders and TMT professionals from Deloitte member firms. Over the past five years, Deloitte's TMT Predictions have been proven to be accurate at over 80 % on average.

Here are the other top TMT predictions for 2020:

About Deloitte
Deloitte provides services in the areas of audit and assurance, consulting, financial advice, risk management advice, tax and other related services to numerous public and private companies in many sectors. Deloitte serves four out of five Fortune Global 500® companies through its global network of member firms in more than 150 countries and territories, which provides the skills, knowledge and services clients need to overcome business challenges. most complex business. 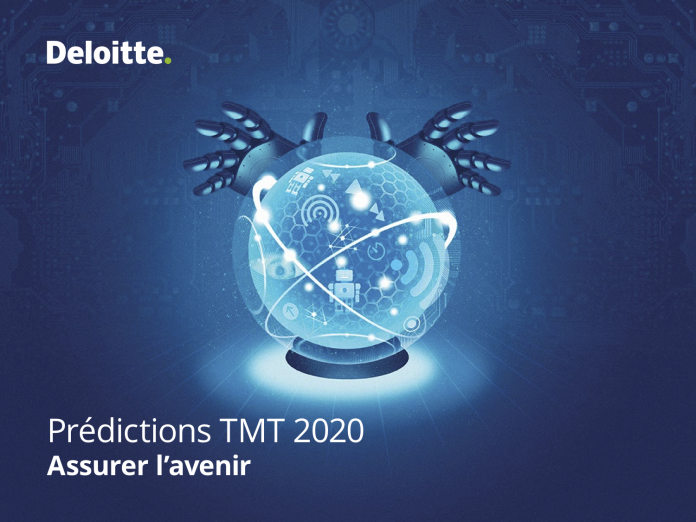 How can artificial intelligence support education?