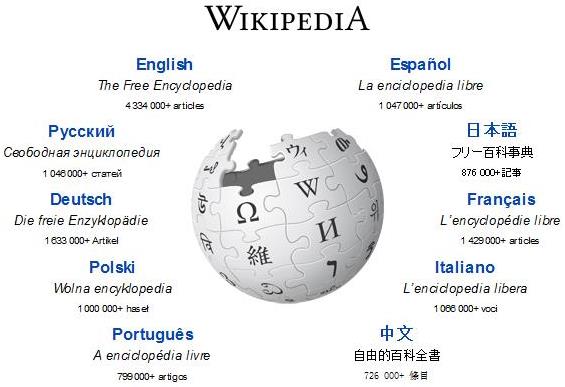 This week, the collaborative encyclopedia Wikipedia celebrated its 15th anniversary. Founded in January 2001, Wikipedia is now one of the most visited sites in the world.

“It is the most viewed encyclopedia in the world. Wikipedia is 15 years old and today spans over 38 million pages, spread across 280 languages. Still observed with skepticism by university researchers, it is nonetheless, according to a study in the journal Nature in 2005, as precise as the Britannica encyclopedia. "

The following activities will allow students to discover the good and bad sides of this famous encyclopedia.

First, ask students if they can name any encyclopedias.
Ask them what they think encyclopedias are for. What kind of information are you looking for in an encyclopedia?

Tell them that the famous Wikipedia encyclopedia recently turned 15.
What do they know about the encyclopedia on this encyclopedia? Do they consult it regularly? In what context? School work? At home?

What do they think are the advantages of this encyclopedia? What are the disadvantages of using this resource?

ACTIVITY 2: Do you know Wikipedia?

To learn more about Wikipedia, invite students to read the following article.

Then ask them the following questions:

- Wikipedia is available in how many languages?
- Why was Wikipedia so much criticized in its early days?
- Are there any competitors to Wikipedia?
- What are the challenges of this encyclopedia?
- How is Wikipedia funded? Name major donors.

ACTIVITY 3: How to determine the quality of a Wikipedia article?

As a whole class, have students name things to look for in order to determine the quality of a Wikipedia article.

Then ask the students to name different topics, places or famous people in order to go to different Wikipedia articles. Once on the web page, as a whole class, determine if it is a quality article.

If you have an interactive digital board, use the "annotation" function so that you can identify directly on the Wikipedia page the elements to observe to determine the quality of the article.

Invite students to think about ways to research information before Wikipedia came along. For example, how did students in 1999 find the information they needed to do their schoolwork? Could these methods still be used today?

Wikipedia is 15 years old, discover the most unlikely articles in the encyclopedia
Le HuffPost, January 15, 2016

Wikipedia's credibility
Notes for the course offered by TÉLUQ