The RECIT Rendezvous: the program

During the webinar on programming that mobilized nearly 100 people, RÉCIT advisers shared strategies, ideas and a variety of resources to start or continue integrating programming into their class.

On January 15, the second virtual Rendez-vous du RÉCIT was held. Six free workshops were offered online in order to introduce educational actors to various themes that could be explored within the framework of the Digital education action plan. The recordings of these workshops as well as the resources presented will be available on the RÉCIT website.

The first webinar presented as part of this Rendez-vous RÉCIT mobilized nearly 100 people, proof that interest in programming is gaining ground. At the end of the presentation led by RÉCIT advisors Pierre Lachance, Sonya Fiset, Stéphanie Rioux and Marc-André Mercier, the participants left with strategies, ideas and a variety of resources to begin or continue integrating the programming in their classroom.

Why do programming in the classroom?

What could be more stimulating than the testimony of a mathematics teacher who made the choice a few years ago to integrate programming activities and who saw the positive impact on the commitment, motivation and sense of accomplishment of His students? Before getting to the heart of the matter, Stéphanie Rioux recalled that programming not only makes it possible to address the knowledge of the Training Program, it is also a tool for developing skills such as creativity and resolution. of problem.

Make a choice according to the educational intention

Marc-André Mercier continued the webinar by reassuring the uninitiated: it is not necessary to know how to teach programming to benefit from it in his pedagogy. The teacher does not need to have the answers to everything. There are several tools to introduce students in a progressive way and while respecting their educational intention. For example, Blockly games and code.org are two platforms that promote learning to code through problem solving.

In order to help teachers identify the programming tool adapted to their educational intention and to the level of their students, the facilitators proposed the following diagram: 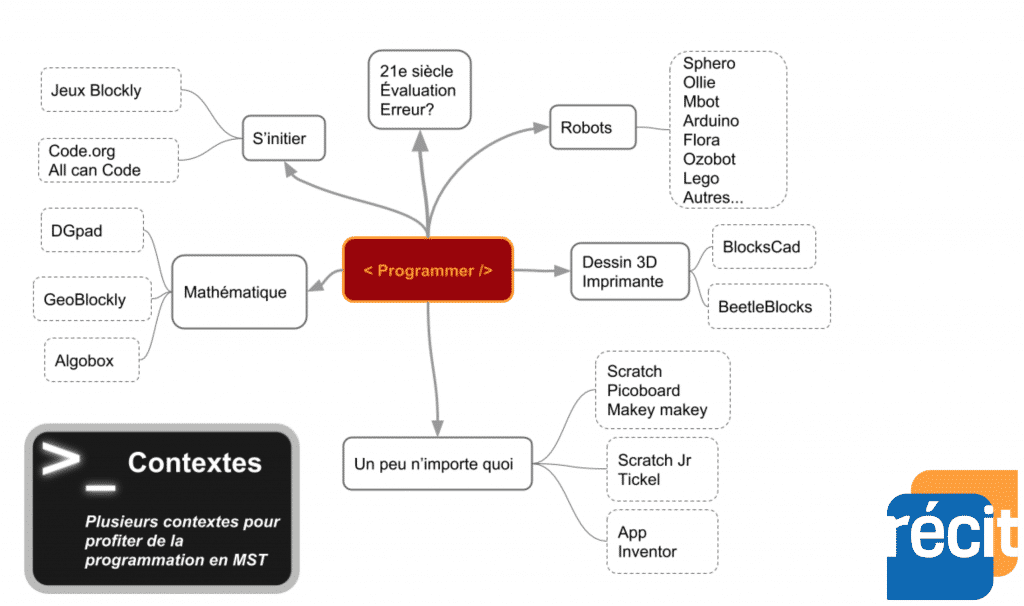 "It is important that the students succeed in challenges, and that they want to continue" - Marc-André Mercier

Stéphanie Rioux and Sonya Fiset then explained the advantages of two interfaces frequently used for programming in the classroom. They underlined that the playful universe of Scratch makes it possible to exploit creativity, to engage students in short-term projects. In addition, Scratch offers the possibility of carrying out interdisciplinary projects and evaluating programming activities.

For its part, Algobox is an interface that looks more like raw programming and that allows you to go further in mathematics while remaining easy to use. However, it is recommended to work with Scratch first before turning to Algobox.

"Error is not inevitable in programming, but an educational opportunity"

Subsequently, the two counselors shared many examples of tasks in mathematics, as well as some examples in the social world, languages and the arts. A sharing that highlighted the usefulness of programming to achieve a learning objective, that it consists of working on geometric concepts (distance, angle, direction of rotation, repetition, perimeter, area, similarity ratio) , create a map of Canada or do a quiz on groups of words in French.

Stéphanie's mathematical challenges are accessible via these two Padlets:

Sonya also insisted on the importance of making the students think before, during and after the programming activity, as well as of having them keep written records of their mathematical reasoning.

She presents her useful tips for programming through this Padlet:

To go further: train and learn

The facilitators ended the webinar by reminding them that they are available to travel to schools and accompany teachers throughout Quebec. Whether it is to get started or to fill a more specific need, do not hesitate to call on the RÉCIT MST team, which now has several new advisors!

In addition, the self-study offer can be found on the RÉCIT Campus website. You can also visit the site robot-tic.qc.ca, a RÉCIT MST initiative to centralize resources and classroom experiences relating to programming and robotics. It is on this site that you will find all the links presented during the webinar. 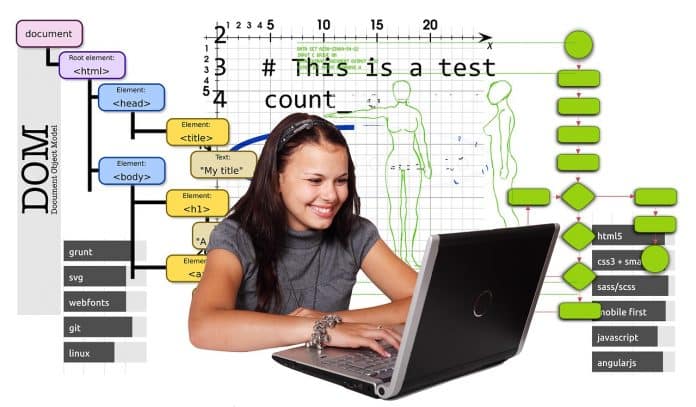 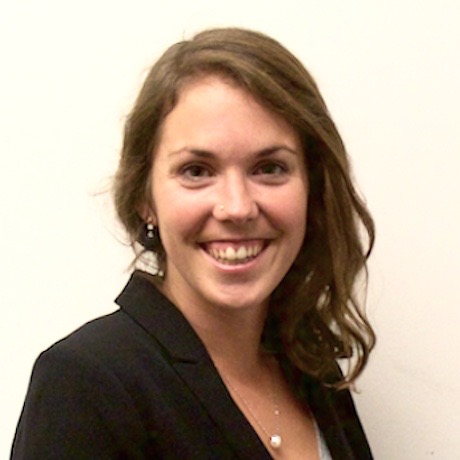 Alexane Saint-Amant-Ringuette
Alexane is the editor of the École branchée online news feed. She has a bachelor's degree in international relations from the University of British Columbia as well as a master's degree in intercultural mediation from the University of Sherbrooke. She also acts as a communications advisor for the organization Idée Éducation entrepreneuriale.

25 years already - My experience in CréaCamp

Management strategies and professional practices in the digital age

Welcome the Rumor Detector to your school for free!

Self-enterprise at the heart of educational innovation