In its most recent webinar in the Research at a Glance series, École en réseau presented the Petapan project, which integrates Aboriginal knowledge into the teaching of science, technology and the social universe in the first and second cycles of elementary school.

In its most recent webinar in the Research at a Glance series, École en réseau presented the Petapan project, which integrates Aboriginal knowledge into the teaching of science, technology and the social universe in the first and second cycles of elementary school.

To (re)read contextualization of the Research at a Glance series...

The Petapan model aims to support the educational success of urban Aboriginal students. It was born out of an initiative by Aboriginal parents in Saguenay who wanted to have school services that better respond to the needs and concerns of First Nations students and families in urban areas. It was then developed by Shannon Blacksmith-Charlish and Christine Couture and carried out in the class of Marjolaine Maltais, from the École des Quatre-Vents of the Centre de services scolaires des Rives-du-Saguenay.

In Innu and Atikamekw languages, Petapan means "dawn". This name was chosen by the parents involved in the project to symbolize hope. The name reflects the desire to provide culturally safe school services for Aboriginal children and their families.

At the heart of the model is respect for cultural differences through openness, interest and understanding of First Peoples' history. All this with the objective of making students understand the impact of the past on their lives and awakening them to the duty of remembrance that they will have to carry out together.

Among them, let's mention an intercultural end of year show, a "school museum" from the 1400's to the 2000's, a collective fresco and mosaic. Sharing meals at the Saguenay Native Friendship Centre were also organized. Readings of stories and legends as well as meetings with elders were planned. Finally, the students started making bannock and discovered invaluable cultural objects.

Above all, the Petapan model highlights the importance of working together to support the educational success of Aboriginal students. In fact, several partners contributed to the development of the Petapan project based on the model of the same name: the CSS des Rives-du-Saguenay-École Des Quatre-Vents, the Saguenay Native Friendship Centre, the First Nations Education Council, the Atikamekw Nation Council, the Institut Tshakapesh, the Ministry of Education (MEQ), the Université du Québec à Chicoutimi and the Nikanite First Nations Centre.

The presenters acknowledged the contributions of teachers, remedial educators, social workers, daycare specialists and support staff who have been involved throughout the project. The teacher who implemented the model in her classroom, Marjolaine Maltais, emphasized the importance of engaging the students' parents. She said that as a teacher, you should not be afraid to ask questions in order to get to know your students better and to learn more about their culture, their history, but also their language.

For more information on the project, check out this link. 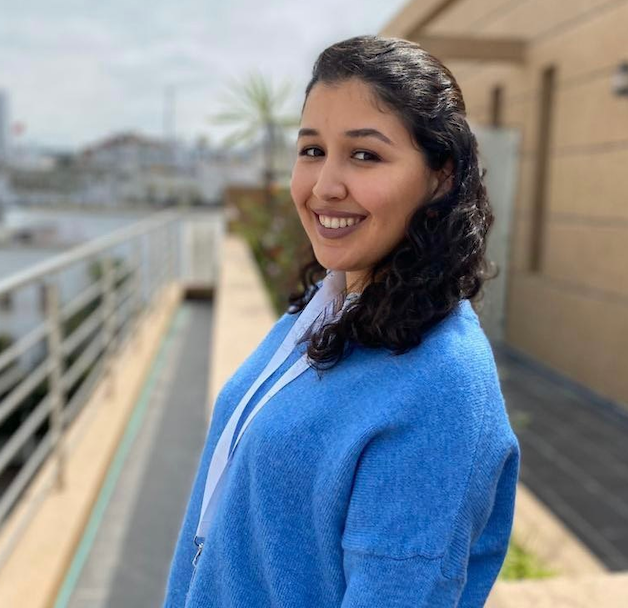 Fatimazzahra Benchekri
Fatimazzahra is a master's student in educational technology at Laval University. Passionate about reading and writing, she has decided to devote her time to writing in a field in which she feels she is growing, education. With a background in journalism and political science, Fatimazzahra sees education as an ever-changing field where anyone is welcome to share their ideas and motivations.

Generation Z: Understanding the career aspirations of young people in 2022

When the children's album without text leads to the written word

The 4 challenges of distance learning, according to Cathia Papi

Media literacy in a time of great upheaval

When the children's album without text leads to the written word

Reading voices: A project to reconcile young people with reading

Winks of Research: A webinar series to share school-based projects