The Lab-École officially announces the launch of its architecture competition

The Lab-École team officially announces the launch of its architecture competition. This competition will see the birth of the first Quebec Lab-École projects.

Quebec, August 12, 2019 - The Lab-École team officially announces the launch of its architecture competition. This competition will see the birth of the first Quebec Lab-École projects.

“It is by consulting and working with stakeholders from all backgrounds selected to receive a Lab-School that we have determined the specificities of the various projects. It was an important step for us in view of the deployment of the architectural competition. It is recognized that the projects carried out by competition contribute to raising the quality standards in design. Thus, we will be able to design new models of innovative schools, based on best practices, which will promote student success, ”said Pierre Thibault, architect and co-founder.

A competition in two main stages

It is at the beginning of 2020 that the juries will determine the five winners, then all the finalists' performances will be exhibited in their respective environments before the construction stages begin.

The first schools bearing the Lab-École signature will open their doors between September 2021 and September 2022.

It is thanks to the support of the Ministry of Education and Higher Education that school boards will be able to benefit from the Lab-École vision.

The Lab-École is a non-profit organization whose mission is to bring together multidisciplinary expertise to design the schools of tomorrow. Under the leadership of its three founding members, Pierre Thibault, Pierre Lavoie and Ricardo Larrivée, the Lab-École intends to mobilize around this collective reflection to make it a social project. 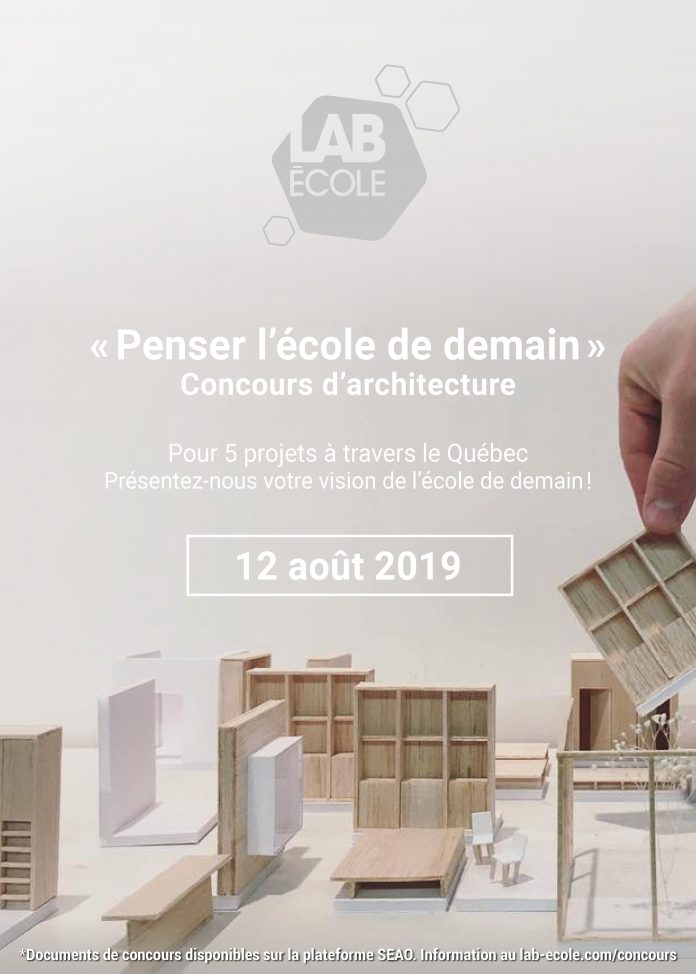