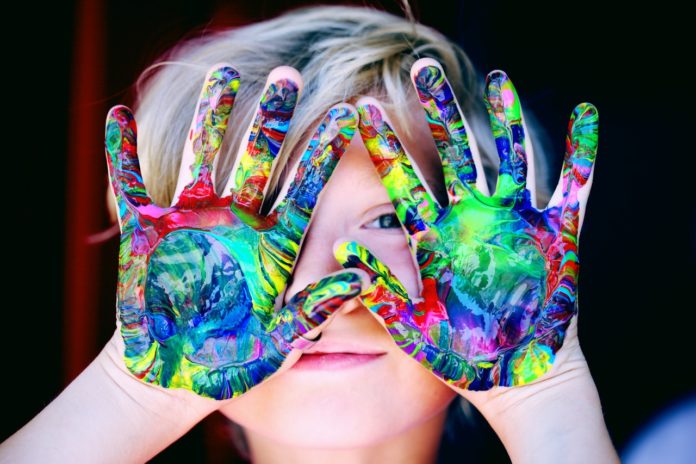 Press release - The Minister of Education, Jean-François Roberge, and the Minister of Culture and Communications, Nathalie Roy, announced this week an investment of $ 50 million, or $ 10 million per year for five years, in order to increase access for schools to Québec cultural works and to ensure better integration of culture into teaching.

Press release - The Minister of Education, Jean-François Roberge, and the Minister of Culture and Communications, Nathalie Roy, announced this week an investment of $ 50 million, or $ 10 million per year for five years, in order to increase access for schools to Québec cultural works and to ensure better integration of culture into teaching.

This investment aims to support schools and thus increase the opportunities for our young people to live cultural experiences and learning. The two ministers also took the opportunity to indicate that the fees paid to artists for cultural workshops offered in schools as part of the program Culture at school will be revised upwards, from the start of the next school year.

Get involved, stimulate and participate in it thanks to an exciting project for young people, in collaboration with Télé-Québec

To make Quebec culture shine and breathe new life into our young people, the Ministers of Education, Culture and Communications are announcing a 975,000 $ partnership with Télé-Québec.

This investment will make it possible to carry out the cultural project The creators, which invites high school students to create creations and thus have the chance to see the fruit of their talent broadcast on social networks or on television. To do this, they just have to register individually or in class today on lescreateurs.telequebec.tv.

They can then choose one of the four themes - humor, love, horror, or the fantastic - and then use their talents in writing, plastic arts, dance, drama or music.

In addition to this great challenge taking place until next March, the project The creators will be structured around a Web docu-series, presented in the form of workshops during which we will see talented young people in the midst of creating works with well-known personalities in their respective fields. Four interactive creative experiences will be broadcast live on social networks and hosted by personalities known to young people.

The whole thing will culminate with a major television event presented on Télé-Québec on May 20, 2022 with the aim of celebrating culture and saluting the talent of young people. This event will present the result of this grandiose challenge, while the winning works created by the students will be featured.

Our culture through digital books: BIBLIUS

Today, the ministers are also announcing an improvement in the cultural offer and are now launching a shared collection of more than 400 literary works and documentary works accessible to all students in Quebec through its lending platform of Biblius digital books.

Subsequently, each school service center (CSS) and school board (CS) can complete this collection with local purchases, according to its needs. The choice of works by the CSS / CS is made using a catalog offering more than 22,000 titles from Quebec and foreign publishers.

Influx, a new digital platform of works mainly from Quebec

A further step will be taken to provide better access for schools to Quebec cultural works by setting up, by December 2022, of the brand new digital platform. Influx, which will include current cultural works, mostly from Quebec.

This platform will include more than 400 works in fields such as plastic arts, dance, music and drama. These works can be used in class thanks to licenses adapted to the school context.

In order to feed the platform Influx, a committee, composed in particular of members of the school staff representing the four artistic disciplines, will be set up.

A call for innovative projects

A new call for projects will be launched in January 2022 to school organizations wishing to take part in innovative projects in partnership with cultural organizations, whether or not they appear in the Culture-Education directory. This initiative will, for example, provide access to the school environment to emerging or Aboriginal artists.

The financial assistance granted to school organizations will have to contribute to the realization of projects favoring the enrichment of the cultural background of the pupil, his participation in the cultural life of Quebec society as well as openness to others and to the collective heritage.

Sums are added for the hiring of school librarians, leading cultural facilitators in our schools, who can have a personalized approach with students and teachers through all the resources that will be made available to them in the library. school.

With this amount, the government wants to achieve a target that previous governments have never been able to achieve - 200 more school librarians in the network.

Our culture through teachers

Virtual training will be made available during the 2021-2022 school year to all teachers, regardless of their expertise in culture or teaching. Capsules will also be produced on professions linked to the cultural dimension and all school disciplines.

Considering the great popularity of the program Culture at school, Ministers Roberge and Roy announced the increase in the budgetary envelopes intended for cultural and scientific workshop projects that are carried out in schools to allow more, starting this year.

Note also that the reflection in connection with the fees will be done with the help of the artistic community. The government thus recognizes the important contribution made by artists to the success and perseverance of our young people. It should be noted that the remuneration granted to artists has not been revised or indexed since the date the program was put in place in 1999.

The full version of the press release is available on Cision.

Programming for the Professional Development Summit is now available

Digital Education Day - "Let's be the human of the moment!" Let's find our footsteps and train the young people with us ”