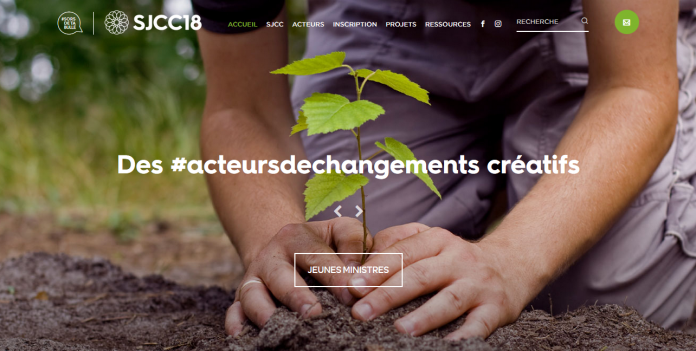 With the Sors de ta bubble campaign, the Monique Fitz-Back Foundation aims to mobilize high school youth in the fight against climate change.

With the countryside Get out of your bubble, the Monique Fitz-Back Foundation aims to mobilize young people at the secondary level in the fight and adaptation to climate change.

A flagship project in climate change education, the campaign Get out of your bubble is focused on the action and hope brought by young people. The launch of the Web platform is an invitation to high school youth from all regions of Quebec to join the movement.

The plaweb teforme Sgold of your bubble presents the calls to action several public figures known to adolescents, such as host Valérie Roberts, actor Rémy Deloume and columnist Catherine Ethier. They present, through short videos, the actions they take on a daily basis to contribute to the fight against climate change.

The site also highlights the initiatives of the 19 young people who make up the National Council of Young Ministers of the Environment. Because they stood out for their commitment and their willingness to act and inspire others within their community, these young people were elected by a hundred of their peers in the spring of 2017 during the first Youth summit on climate change. Their projects are many and varied and relate, for example, to the creation of a hydroponic irrigation system, the organization of a carbon neutral day, the creation of green walls or the development of green spaces around the school.

The Youth Summit on Climate Change

More than a hundred young lighted from all regions of Quebec are expected on May 4 and 5, 2018 in Quebec for the second Youth summit on climate change. The participants will experience moments of collective discussion and reflection, stimulating conferences and workshops in addition to discovering several possibilities for engagement. Young people aged 12 to 17 who want to gain a better understanding of climate change and think about innovative solutions can register now on the campaign website.

The conference is free and includes overnight accommodation, meals and transportation at a lower cost.

Join the movement on social networks

Young people from all high schools in Quebec and public figures are invited to join the movement by sharing their daily actions and their initiatives in the fight and adaptation to climate change.

Photos and videos can be posted on the Facebook page Get out of your bubble with the clickword #acteurdechangements and will then be broadcast on the campaign's web platform.

A project possible thanks to the Green Fund

The project is made possible thanks to the funding offered by the Green Fund as part of Action-Climat Québec, a program of the Ministry of Sustainable Development, Environment and the Fight against Climate Change stemming from the 2013 Action Plan. -2020 on climate change.

Télé-Québec in the classroom: a renewed platform to support teachers

Learn to read and count with Alec