What about the integration of computer programming in school curricula in Canada and elsewhere in the world? The answer in this article!

Researchers state that "there is no doubt that learning and practicing computer programming fosters the development of broader skills in all academic subjects as well as in learning areas such as problem solving, creative thinking, and critical thinking." What about the integration of computer programming into school curricula in Canada and elsewhere in the world?

"In the majority of Canadian provinces and territories, information and communication technologies (ICT) are integrated into the school curriculum in a mandatory, cross-curricular manner, sometimes as early as preschool," the report states.

In Manitoba, for example, the curriculum entitled Literacy with Information and Communication Technology (LwICT) provides a framework for the development of digital learning and skills from preschool to Grade 12. In New Brunswick, a similar curriculum called Middle School Technology Education guides the integration of computer science, which begins in the English-speaking middle school.

In both of these curricula, learning programming occupies a superficial or secondary place since the concepts included in them are very diverse, ranging from ethical behavior on the Web to the use of word processing software.

For example, in most jurisdictions, "explicit learning of programming and the concepts behind it is mostly done in the last two or three years of high school, in the form of electives. For example, in Saskatchewan, courses Computer Sciences are offered to students in grades 11 and 12 in the same way as physics or chemistry courses. In Alberta, a variety of courses can be chosen by students in the program Career and Technology Studies.

"Generally speaking, the integration of ICT throughout the school career is aimed more at the overall development of the student so that he or she becomes an autonomous citizen in the digital age. Specialized computer science and programming courses, which are optional in the last years of high school, are part of a much more utilitarian and technocratic approach.

Elsewhere in the world

Elsewhere in the world, many countries have also begun to integrate the development of digital skills in general and programming in particular into their school curricula.

In the United States, the implementation of a compulsory curriculum through grade 12, K12 Computer ScienceThe goal of the program is to provide students with computer skills such as the ability to create computer programs, simulations, and robotic systems, as well as the ability to repair them in the event of a problem.

The UK has also opted for a mandatory course which includes "the development and application of analytical problem-solving, design, and computational thinking skills grounded in a vision of privacy."

In New ZealandThe digital skills to be developed are also part of a compulsory course in the first year of primary school. "In primary school, skills are developed in an interdisciplinary way and are oriented towards design practices. [...] By the end of high school, students understand algorithms and are able to generalize known algorithms and apply them. They can also implement algorithms by creating more complex programs that they are able to explain and use an organized approach to testing and debugging them."

In BelgiumThe digital skills to be developed by students are also mandatory and interdisciplinary. At the end of primary school, students should be able to produce and process multimedia content and design an algorithm or program to solve a simple problem. By the end of secondary school, they should be able to collaboratively produce multimedia content, in addition to being able to critically judge the rationale and induced consequences of algorithms, including AI and connected objects. 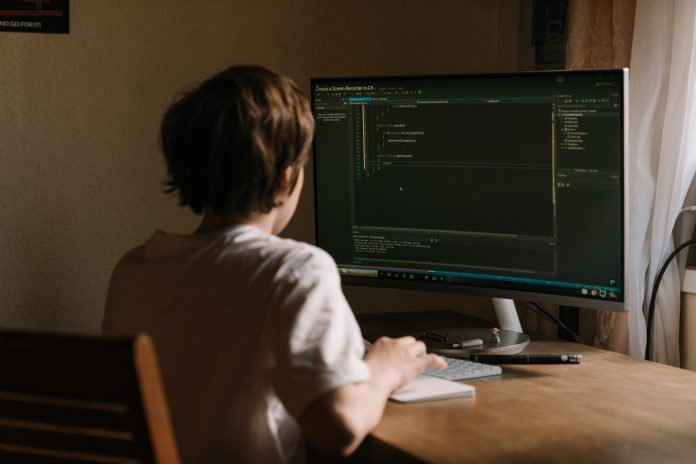