#JPS2018: A week dedicated to supporting young people to persevere in school

Under the theme Your actions, a + for their success, the days of school perseverance are an invitation to realize that each action taken can help young people persevere into adulthood.

Taking place from February 12 to 16, 2018, the school perseverance days are intended to be a time to broach the subject not only with young people, but with their parents and those working with them.

The suggested theme this year, Your actions, a + for their success, is an invitation to become aware that each action taken, however harmless it may seem, can prove to be a + which will help young people persevere into adulthood.

Throughout the school perseverance days, activities were experienced across Quebec. Inspiring people, organizations, and even students were invited to present their journey and share these little extras that have helped them persevere throughout their schooling. Here are a few examples, mostly shared via social networks Twitter and Facebook :

Young people from the Amos school are currently testifying to the + which allowed them to persevere, during the launch of #JPS2018 of @rrm_
Testimonies that touch the many elected officials and partners present, including, among others: @RosannieFilato, @ThuillierEmilie, @RobertJrCoutu pic.twitter.com/gcOaq6KDJW

Within the framework of #JPS2018 we welcomed Stéphanie Leclair, Olympian in synchronized swimming. Inspiring, she invited us to be the hero of our story. Thank you @INSQuebec ! pic.twitter.com/ek3x4hFJ3e

Personalities and organizations get involved with young people

As part of the #JPS2018, the Youth-Employment Centers of the different regions of Quebec offered different activities. It is possible to read it on their website. For its part, Perspective jeunesse launched the campaign # by posting videos of several personalities every day of the week. Alloprof, for its part, has published testimonials young people explaining why the organization helps them stay in school through their services. Finally, the Academos mentoring platform launched this year its 3rd coalition. This one, bringing together about thirty'companies and organizations,'s mission is to recruit mentors in order to diversify the current offer by Academos and thus allow it to contribute more to the academic perseverance of young people.

Organizations get involved with parents and teachers

Parents have always been, and always will be, a source of motivation and perseverance among young people! ?? #eduqc #eduprof #jps2018 https://t.co/uMVdcNWAvy

For the simple reason that To raise a child, it takes a whole village, organizations have chosen to help people involved with young people. This is the case ofAlloprof Parents, ofHelp your child, the PRECA, of the Quebec Federation of Parents' Committees, of CREVALE, of CTREQ or even fire the organism R2 who have designed resources for parents and / or teachers.

Finally, a motion was adopted in theQuebec National Assembly to mark the #JPS2018.

In another vein, several organizations have published open letters, press releases and more articles in various forums to highlight the #JPS2018, this is the case in particular of the Lucie and André Chagnon Foundation, YMCA of Quebec, of CDEACF, of the FCSQ and MEES.

I would dare to share here with you the reflection The masquerade of school perseverance days by our collaborator Marc-André Girard, published in the Huffington Post. Despite its evocative title, Mr. Girard's remarks mainly aim to encourage us to rethink some of our automatisms and opt for a benevolent approach to the problematic situations that could lead to dropping out of school and to the sharing that we make within the framework of the JPS. What if school perseverance was experienced 365 days a year? What if perseverance in school would lead us to reinvent a school system that meets the needs of young people and of 21st century society?

The change in education has already started thanks to these inspiring people who dare to think outside the box. On this subject, the text Dear student, your school is changing that Mr. Girard published here on the École branchée this week is a beautiful testimony. I invite you to join the movement in order to create a School equal to what we are able to achieve, together. 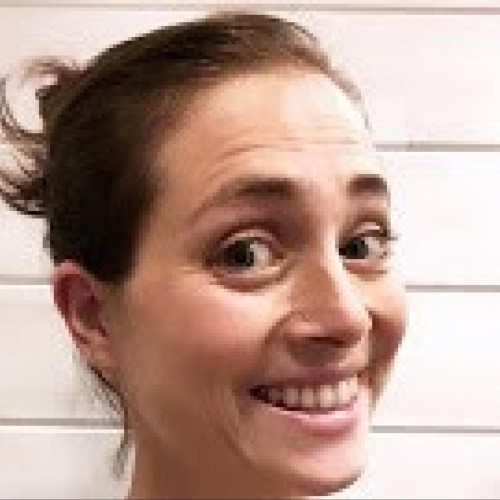 The final countdown to Media Literacy Week 2021 is on.