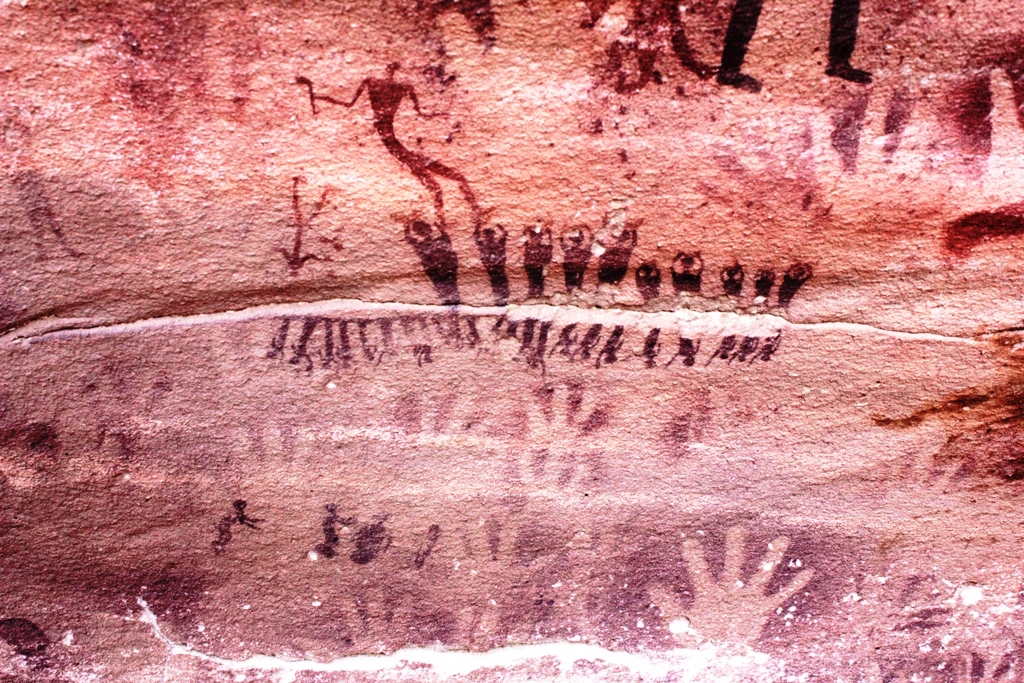 "Some rock engravings, believed to be around 14,000 years old, were discovered in a cave under an apartment building in the seaside resort of Lekeitio, in the Spanish Basque country. Around 50 engravings "measuring up to 150 centimeters representing horses, bison or lions were discovered by speleologists in the bottom" extremely difficult to access "of a cave located under a building in the city center of Lekeitio ”.

“Archaeologists have estimated the number of paintings of animals to be at least 70, spanning a hundred meters. All the spellings show a notable internal coherence which can be attributed, without reservation, to the end of the Upper Paleolithic and more precisely 12,500 to 14,500 years ago ”.

The activities in this guide will allow students to learn more about rock art, the spectacular finds in the caves of Spain and the profession of archaeologist.

- Explain the characteristics of rock art;
- Locate sites where rock art is present as in Egypt and Spain;
- Explain the different facets of the profession of archaeologist;
- Name the types of cave paintings found in Spain.

Begin this activity by presenting the cuff in order to familiarize themselves with it with the students. Question the students in order to have them name and explain the extent of this discovery.

Continue this activity by locating the seaside resort of Lekeitio in the Spanish Basque Country on a menu interactive world like Google Maps.

Have the students observe the geographical location of this region, the surrounding oceans, the countries bordering this municipality, the country's borders, etc.

ACTIVITY 2: The cave paintings of Wadi Sūra II in Egypt

Begin this activity by asking students if they know of any other known sites or caves with rock paintings. or having traces of this art on its walls. What are the symbols and designs commonly found there? Why?

Continue by posting this brief reportage in connection with an archaeological site in Egypt called Wadi Sura ll. Until now, researchers believed the handprints belonged to babies, but new information suggests that they are more animal prints.

Begin this activity by asking students if they have ever dreamed of becoming an archaeologist? Ask them what they know about the profession of archaeologist, the tools they use, etc.

Continue this activity by presenting the students with this series short episodes on the profession of archaeologist.

Divide the class into small work groups and ask them to choose a topic from this web series to summarize for the class group afterwards.

Here are the 12 episodes currently available:

– Heritage curator - Museum
– Mediation in archeology
- Ceramology
- Passion for drawing and prehistory
- Archaeozoology and animal paleopathology
- Funerary archeology in the Neolithic period
- The light of the Minoans
- The archeology of historical periods, a dialogue with history
- Networks and interactions between Celtic cities
- Choqek'iraw an Inca city, the terraces of Lamas
- The rock paintings of the Wadi Sura ll shelter in Egypt
- Prehistoric stone tools

Invite students to create an infographic so that they can better present the results of their findings to their peers. You could offer them the site Piktochart or Can go in order to create their media posters.

When our ancestors tell us the story of evolution
Science and the future, October 24, 2016

The "Higgs bison" was a hybrid between a bison and a cow
Houssenia Writing news, October 19, 2016

Somaliland: the rock paintings of Laas Geel must be saved
Le Figaro, June 27, 2016