Several of you have sent us questions to ask Finnish education professionals. Here is the second and last part of the answers you have been waiting for!

Our collaborator Marc-André Girard is on an educational expedition to Finland and documents it here.

Several readers have asked us a number of questions for Finnish education professionals. here is following (and the end) answers to your questions.

Getting back to the fact that students and staff do not wear shoes, why is that the case?

Note that several schools have built changing rooms at the entrance for all students. There are even dryers for drying children's snow clothes!

You regularly mentioned that the sun sets early and rises late in December. How do Finns cope with this lack of natural light?

In Utsjoki, the northernmost village in Finland, the sun set at 12:22 pm on November 25, 2021 and rose again at 12:09 pm on January 16, 2022. This is what the Finns call the Kaamos where we call polar night, because the phenomenon also exists in northern Canada. During this period, the sun does not rise above the horizon. In places, it is as if there is a long sunrise followed by a long sunset. It is therefore not as dark as it is in the middle of the night and the degrees of darkness vary depending on the time of day. We do not see the sun, but there is still a certain light, very weak, emanating from it. To use an old expression, it's a bit as if it was “between dog and wolf” for a prolonged period of the day!

When asked how he copes with this period of continual darkness, the principal of the Utsjoki school replied that, in fact, there is no shortage of light. The snow reflects what little light there is. There is the light that humans create during the holiday season. Then there is the moon and often there is the light dancing in the sky (Northern Lights). Also, he did not fail to remind us that from mid-May to the end of July, it is quite the opposite: the sun does not set and it is the midnight Sun where the polar day !

According to the director, you get used to this phenomenon. The students do not appear to be affected. The rinks are lit and, often, the bike paths too. The phenomenon may seem distressing to those who observe it from the outside, but for people who were born there or who experience it regularly, it is not a problem.

Finally, vitamin D, generally provided by regular exposure to the sun, is also found in the diet of Finns, particularly rich in fish, eggs and dairy products.

For more information on the length of the day in Utsjoki: https://www.timeanddate.com/sun/finland/utsjoki

If there is no organized school transport, how do the young people go to school in the winter?

For the Finns, winter is a season like any other. The students take their bikes! Ditto for university students. We were surprised to find that in all the educational institutions we visited, bicycle racks are widely used. For secondary schools, scooters are also popular, even in the dead of winter. Believe it or not, they also have studded tires like cars.

Are there special classes in Finland?

Yes. The principle is the same as in Quebec: the inclusion of students is targeted, teachers deploy universal or differentiated approaches, but when these efforts prove insufficient, students can be classified in a specialized class.

The school year lasts 190 days in Finland. It runs from mid-August to the end of May. The summer vacation lasts 10 weeks. The rest of the leaves are similar to those in Quebec.

How many languages do Finnish pupils learn?

In addition to Finnish, the pupils also learn Swedish, the second national language in the country, and English. We were very surprised to find that practically everyone who gravitates to the school or tourist industry speaks English very well, which includes older students. Students can also learn Russian, German and French if they wish.

Are there linguistic integration classes for immigrants?

Yes, they last about a year, while the immigrant student has mastered the language well to join a regular class.

Note that the Finns are welcoming more and more migrants from the Middle East and Africa. These migrants often cross the Mediterranean in makeshift boats and return to Europe on foot or by public transport.

We were very surprised to find that everyone speaks Finnish. For example, people from visible minorities spoke Finnish very well.

How important are the Finns to the PISA test. Is it true that the country is dropping in the world rankings?

Are students allowed to use their cell phones in school?

The students have access to a portal that looks like Pluriportail or the GRICS at our place and they consult their agenda on their digital device.

Is it true that teachers don't give homework?

No it is wrong. They can give it away, but as a rule they donate very little. The Finns attach great importance to the overall development of the child. Teachers want their students to play when they are not at school. Consequently, they give little homework.

Do students and staff wear the procedural mask at school?

As in Quebec, it depends (or depended) on the regions. For example, when we were in Oulu, the mask had just been imposed and we saw the management interrupt our visit to go to students and teachers to tell them to wear the mask immediately.

Note: wearing a mask is "recommended" in Finland. However, as a cultural feature, such a recommendation is tantamount to an imposition.

Are there any classes closed due to COVID?

Yes ! Some schools are grappling with cases of COVID, as is the case in Quebec. Moreover, we were unable to visit the Punkaharju school for this reason and the Rovaniemi Normal School could not accommodate us. However, in the latter case, we were lucky and were able to visit another school in the city.

Note that the classes are closed by the municipality under the recommendation of Public Health. In short, it's a bit like in Quebec.

Have Finnish schools observed any changes in student behavior and performance since the return of COVID?

Yes. A bit like in Quebec, there are delays in student learning, but these delays are more obvious in terms of social skills.

In addition, two directorates told us that there is an observable increase in hospitalizations of young people for mental health problems. Times are tough for all young Westerners.

To track the shipment: 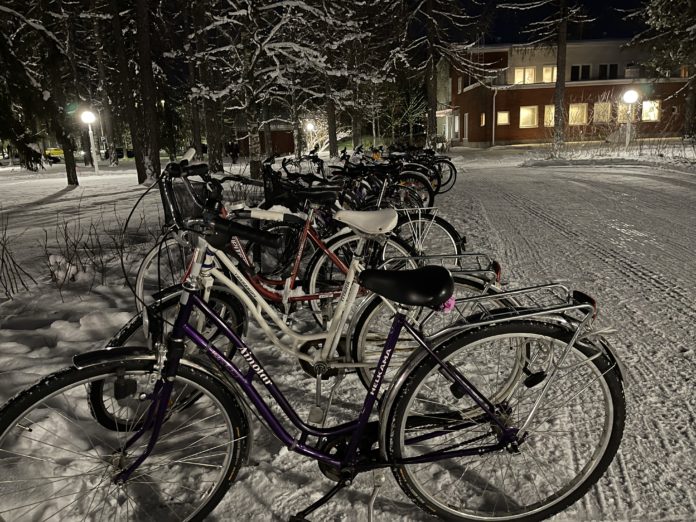