Start programming with ScratchJr or Scratch in class

The deployment of the educational use of programming in schools is one of the measures of the Digital Education Action Plan. Although the pandemic has slowed efforts, the deployment continues.

During a workshop presented as part of the Digital Education Day, Sonya Fiset reassured teachers: it is not necessary to master the programming yourself to be able to initiate your students. From his experience, young people learn quickly and quickly become independent, starting in preschool.

Ideas for getting started

As a first activity, it proposes to hold an hour of learning the logic of programming with very playful tools such as:

The world of the orange cat: getting started with Scratch Jr

After the initiation period, ScratchJr can be used with preschool and cycle 1 elementary students. The application is only available on tablet (Android and iPad) and on Chromebook.

Sonya Fiset suggests that teachers move forward in this universe by starting with a series of challenges for the students. Several suggestions for turnkey activities are available online. In his workshop guide, under the column “2nd year”, the educational advisor offers a series of missions (with explanatory video and help file).

According to her, it may be a good idea to get started with ScratchJR so that students understand the basic structure before moving on to Scratch. However, she knows teachers who introduce their students to programming directly with the “original” version from the 2nd year of primary school.

One more step: Scratch, "the original"

In the world of Scratch, the environment is just as fun as in Scratch Jr, but the functionalities are becoming more complex. Here again, Ms. Fiset suggests a series of assignments to be carried out by the students, the links of which can be found in this presentation. These are mainly related to mathematics and science because this is his field of expertise. However, she specifies that it is possible to do programming in all school subjects. She notably presented a example of a commented map of Canada.

In addition, Ms. Fiset believes that, considering that computer programming is more and more integrated within school programs around the world, it would be logical that it should eventually also be in the Quebec school training program. .

Through learning programming, she reminds that students not only learn concepts provided for in the training program, but also develop skills such as problem solving, communication (including the importance of giving clear instructions), etc. In his opinion, as they become independent and comfortable, their creativity will have no limits! 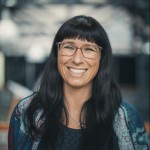 What will remain of e-learning?

A virtual programming club is born at the Montreal CSS

An activity to talk about artificial intelligence in high school