19th edition of “Girls and science, an electrifying duo! "

On the eve of its 20th anniversary, the annual event “Girls and science, an electrifying duo! »Pursues with determination its mission: to introduce young Quebec women to 2e and 3e secondary scientific and technological careers that await them.

Through creative activities, demonstrations, workshops and above all, career “shopping”, young girls are encouraged to discover a multitude of university, professional and technical training courses and to become aware of the practical opportunities and the social impact of scientific careers. Participants also have the opportunity to discuss with women engaged in a field related to science.

Presented by the ALCOA Foundation and Hydro-Québec in collaboration with Polytechnique Montréal and the École de technologie supérieure, the 19e This very special day's edition also includes two components designed specifically for school stakeholders and parents.

Ms. Desautels-Marissal, who can be seen and heard on the airwaves of Radio-Canada and Télé-Québec among others, takes on her new role with passion and enthusiasm, she who rightly opted for science studies after participating on one of the days "Girls and science, an electrifying duo ! ".

Marianne agreed to join the event because she finds the initiative inspiring, and owes it a lot: “I was in high school and I still remember the little colored papers that we had been given out,” she recalls. It was written there: "Be an electrifying girl ! ". I was addressed and invited to consider an original and exciting career in science or technology. This simple message appealed to me so much that I decided to study science! "

After a bachelor's degree in biochemistry and seven years in a laboratory in molecular biology, Marianne chose scientific communication and won the Fernand-Seguin grant in 2014. In the fall of 2016, she published the popular work A thousand billion friends - Understanding and nourishing your microbiome. Marianne is also a volunteer and member of the board of directors of the non-profit organization The Scientifines, which offers homework help and scientific activities to young girls in the southwest of Montreal.

Because the female representation in the world of science and technology is still too low, the day "Girls and science, an electrifying duo ! " is still as necessary as when our young spokesperson took part in the Duo.

“Until there is a critical mass of female role models who are successful in these sectors, the Duo will be necessary. Perseverance is also one of the great qualities that make girls excellent in science, says Nathalie Beaudry, the event's instigator ”.

Promoting science and technology to girls has a positive effect for them and for society. Working to increase the representation of women in these fields is an investment which, slowly but surely, will lead us towards a better social balance.

This year, the event "Girls and science, an electrifying duo ! " will take place at two different times in the four usual cities:

It is also possible to discover the programming for each of the cities on the website of the event: Montreal, Quebec, Rimouski, Sherbrooke.

Discover the day "Girls and science, an electrifying duo ! " with this video produced in 2015 by the Montreal team. 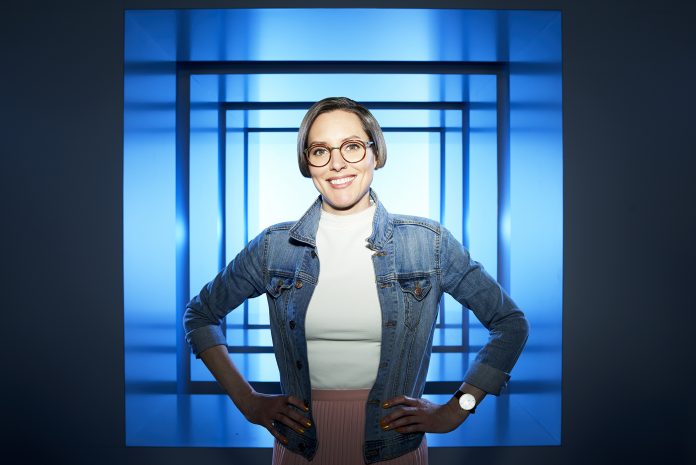