15 candles for the event “Girls and science, an electrifying duo! "

On February 15, girls in Secondary 2 and 3 are invited to “shop” for their choice of career in science at the annual “Girls and science, an electrifying duo!” Event. », Which is celebrating its 15th anniversary this year.

On February 15, girls in Secondary 2 and 3 are invited to “shop” for their choice of career in science at the annual “Girls and science, an electrifying duo!” Event. », Which is celebrating its 15th anniversary this year.

Girls and science, an electrifying duo! is an event that aims to introduce young girls from 2e and 3e secondary scientific and technological professions and the studies leading to them. All of this can be accomplished through group activities, demonstrations, workshops and, above all, “career shopping”, in order to better understand the multitude of university, professional and technical training courses which are open to them.

The event also allows participants approaching the decisive moment of career choices to meet women working in a field related to science, in a way role models to follow. It also includes two other components designed specifically for school workers and parents. Moreover, according to a recent survey conducted by Groupe Multi Réso, 94 % of former participants in the event consider that the activity is useful for girls aged 2e and 3e secondary. The activity increased interest in science in general in 62 % of the respondents and in 42 % of them in the targeted fields. What's more, 22.7 % say they intend to make a career in one of the targeted fields.

“It is wrong to believe that women are not interested in science. The truth is that they are not sufficiently exposed to it. We are sometimes asked why we only address girls. I understand very well, since Quebec does indeed need a greater number of young scientists, but we have chosen to work to increase the number of girls where they were and remain clearly under-represented ”, explains the president of the organizing committee of the event, Nancy Rancourt, engineer, director of member services and operations at RISQ.

Eloquent figures
Indeed, in 2011, there were still only 18 % of young women among undergraduate students enrolled in physical sciences, 15 % in computer sciences and 10 % in electrical and mechanical engineering.

Satellite events will also be held in Quebec (Université Laval), Rimouski (Université du Québec à Rimouski) and Sherbrooke (Cégep de Sherbrooke). The event is presented by the Alcoa Foundation and Hydro-Québec, in collaboration with the École de technologie supérieure (ÉTS) and Polytechnique Montréal.

We have also obtained confirmation that it will be possible to attend the day, even if the registration period is over, in Montreal and Rimouski. The only condition: bring a cold lunch! 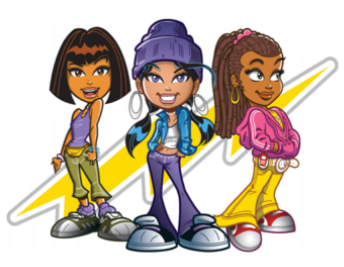